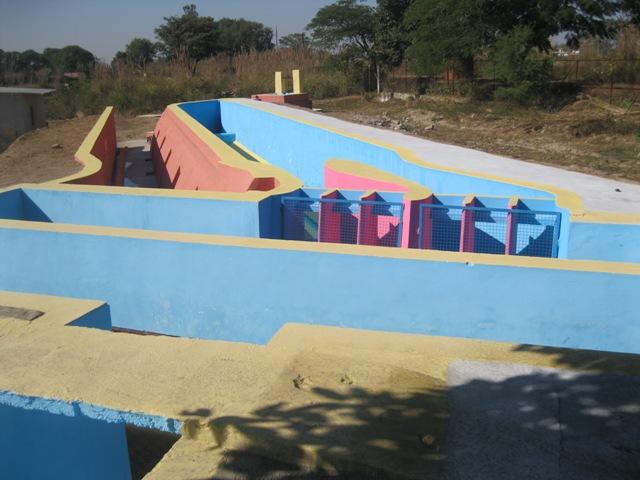 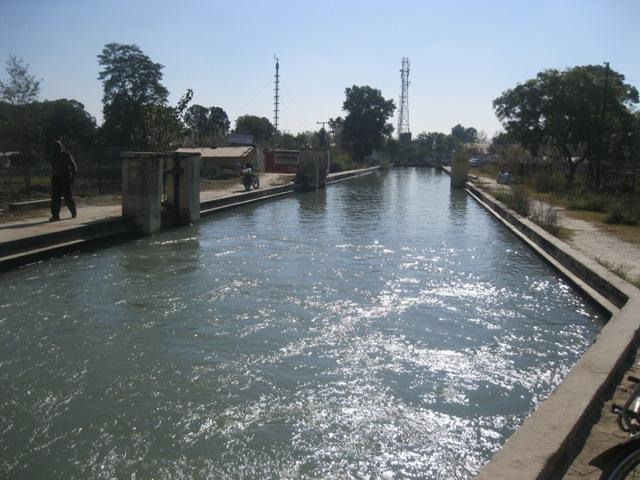 An Introduction to Hydraulic Model Studies

The small scale replica of the actual hydraulic structure/machine is known as ‘model’ and the actual structure / machine is called ‘prototype’ (or simply proto). In wide sense, we can say that a model is a system which converts a given input (geometry, boundary conditions, forces, etc.), into an output (flow rates, levels, pressures, etc.), to be used in hydraulic / civil engineering and operation. Normally, most of the models are of smaller sizes than their corresponding prototypes, but in some cases the models are larger than prototype. Figure shows a prototype and model of a weir. Figure Prototype and Model of a Weir.

Purpose of the Hydraulic Modeling

In Hydraulic Engineering, most of the formulae for the design of hydraulic structures are based on empirical relationships. Many problems of non-uniform and unsteady flow, sediment motion, dispersion, density currents, cases with complicated geometry still defy fully or partially the theoretical approach. Due to the uniqueness of the design and circumstances of different hydraulic structures, lack of experiences exits in this field. Thus, experimental tests on scale models are often the most efficient and sometimes indeed the only method of solving the problem.

History of the Hydraulic Modeling

Exactly who first realized the utility of a hydraulic model is unclear. However, according to the available literature the first concept of simulation of prototype and model scale velocities and forces was proposed by Farninand Reech, a professor of mechanics, School of Marine Engineering, Paris in around 1852. Using this concept of dynamic similarity as proposed by F. Reech, Froude a civil engineer practitioner, proposed the most commonly used non-dimensional number named as Froude number in around 1858. He developed a 250 ft long towing tank for flow resistance studies with small scale hulls and with plank of diverse roughness which began in 1872.

First of all, Obsborne Reynolds introduced an expression for estimating time scale associated with a hydraulic model. In 1885, Reynolds worked with a distorted model (Horizontal Scale 30,000:1 and Vertical Scale 500:1) to investigate some fundamental issues concerning the ship canal between Manchester and liverpool. In 1898, Hubert Engles established the first river hydraulic laboratory at Dresden.

In 1916, a Special Irrigation Cell was established by Bombay Residency to modify irrigation practice to meet agricultural requirement. At present, this laboratory is known as ‘Central Water and Power Research Station (CWPRS), Pune’. In the same year i.e. in 1925, hydraulic laboratories were established in almost all the state of India by the Govt. of India under British Empire to solve the hydraulic problems by a hydraulic model.

HYDRAULIC MODELS AND THEIR SIMILITUDE

A scale-model may be able to reflect the future working of its prototype in all respect completely and fully. In other word we can say that there should be a complete similarity between the prototype and its model. This similarity is known as hydraulic similitude. The model should, therefore, be tested only when we have brought about a complete hydraulic similitude between the prototype and its model.

There are three types of similarities exist between model and prototype:

If two systems (model and prototype) are geometrically, kinematically and dynamically similar, then they are said to be complete similar or completely similitude. For hydraulic model studies, geometric (shape), kinematic (time and velocity), and dynamic (mass and force) similarity should be maintained between model and prototype. However, these ideal conditions are very difficult to achieve in some cases. To overcome these difficulties, we may be satisfied with partial geometrical similarity so as to give complete dynamic similarity which is more essential of the two similarities to be obtained. Because the results obtained from the model tests may be transferred to the prototype by the use of dynamic similarity. The principle of dynamic similarity is based on some model laws.

(a) Froude’s Law of Similarity

(b) Reynolds’ Law of Similarity

6. Criteria for Simulation of Air-entraining Vortex Formation on Model

OBSERVATIONS TO BE TAKEN IN THE MODEL

Generally the following observations are taken on the model after reproducing the dam/barrage/weir and related structures: